Dan Hogg is thrilled when his uncle offers him some work at a food fair, because he wants money to hire a professional trainer to help him with his scrawny physique. His excitement vanishes when he learns that the job is dressing up in a hotdog costume and handing out samples. Every dark cloud has its silver lining, Dan discovers, when he, or rather Frank Lee Better, his mascot persona, gains the attention of a pretty girl named Brooke. The attention is great until Dan finds himself under attack from Cupcake Katie and a mysterious guy with a strange interest in Brooke. It’s not until he’s huddling in a bathroom in nothing but his tight white underwear that Dan begins to suspect Brooke’s attention might be too good to be true.

“Filled with gross-out details of snot and slime, as well as simple wordplay, this short novel in the Orca Currents series for reluctant readers combines everyday scenarios with a clever mystery that ends with a surprising revelation.”
Book List 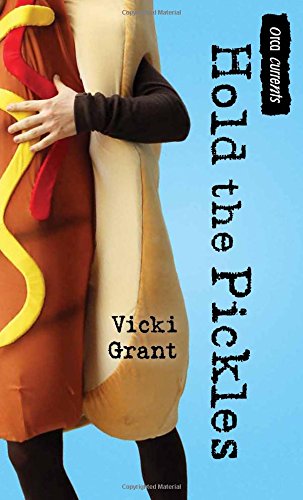